What is Limit Load?

Limit Load is an arcade cockpit flight game. It features modern military technology, centered around jet aircraft, but with characteristics twisted to suit the needs of the gameplay and not shying away from light sci-fi elements. While Limit Load is an arcade game, its flight model is not entirely unrealistic. Think of the games such as Wings, Strike Commander, or the plethora of NovaLogic flight games. In some aspects Limit Load is perhaps more realistic than those games, while in other aspects less. It is important that flying jets really feels as flying jets — not paragliding, not command flight, not space flight — but strict realism is not the priority. Fun and action-packed gameplay are.

Single-player experience and story-driven campaigns are the main focus of Limit Load. General theme of these stories is set more-or-less in present day, but freedom is taken to slightly bend historical events, or stray into not-too-distant past or future. Apart from the campaigns, the game also offers quick-to-play, standalone skirmishes.

One of the main design choices is to encourage anyone interested to improve the core game and add new content. Although this is not very user-friendly work at the moment: there is no graphical interface, and the minimum requirement is basic knowledge of Python programming.

The game is still in an early phase. It is likely full of bugs, and there is a solid amount of yet unfinished work (untextured 3D models, characters without portraits, lack of background images, etc).

Compared to reality, jets in Limit Load are more agile, burn less fuel, and are much more resilient to damage, especially from gun fire. There is sometimes a notable difference between planes in how much punishment each can take. For example, it is easier to damage an F-16 than an F-15; as in light fighter vs. heavy fighter, despite such differentiations being blurry or non-existent in reality. The weaker the attacker’s gun, the more obvious this difference becomes. Big planes, like the B-1B bomber, are very resilient to gun fire, and many gun hits into general areas are needed to bring them down. Instead, the player should aim for their critical areas. 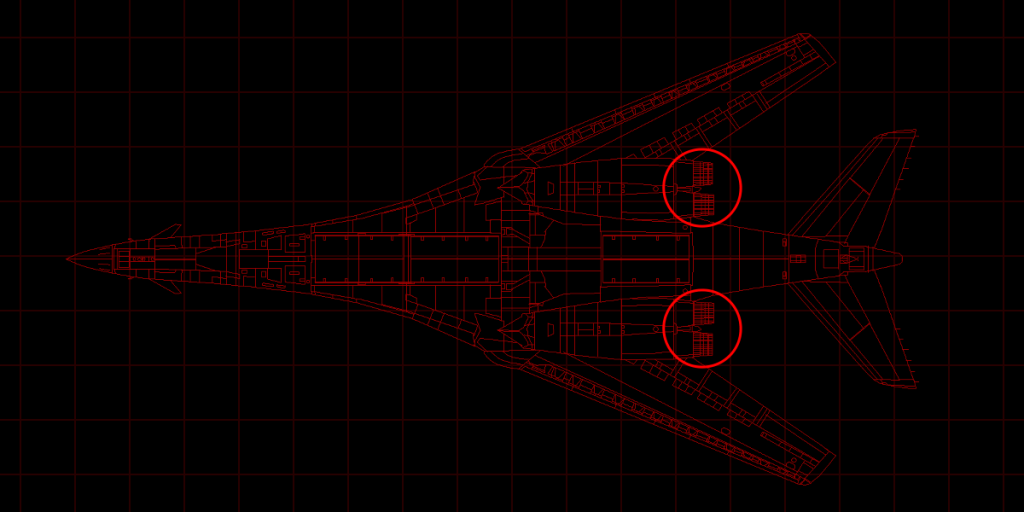 Missions in the game can consist of one or multiple zones. When there are multiple zones, they are connected through a series of navpoints. A navpoint is something like a zone-transition marker, quasi-autopilot datum, that, when activated, will fly the player to another zone. Once the player and his allies are safe, and all other required conditions are satisfied, the list of available navpoints will appear on the screen. The player can then select and confirm one of the navpoints from the list, after which a short fly-away cutscene will be initiated. When the scene fades back in, the player will be in the new zone, with a certain amount of fuel expended. The amount of spent fuel depends on the geographical distance between the two zones, taking the best-case flight profile for the jet in question. If the player picks a navpoint but doesn’t have enough fuel to reach the zone, the mission will be over.

Limit Load provides a smart tracking system for targets in visual range, that can be turned on and off while playing. This system fixes pilot’s eyes on one of the planes in the player’s view, and the target will remain remembered by the pilot, even when the player deselects that target (or turns the system off) to center the view and quickly check the HUD or instrument panel. Certain events can erase the current target from tracking, such as target getting too far away, or going into a blind spot of the pilot’s visual field. Once the target is lost, it has to get into pilot’s view again before it can be selected for tracking.

The story is an important part of the game. The narrative is realized through in-flight and stage dialogues. During in-flight dialogues, the player can sometimes select replies that determine what will happen during or after the dialogue. For example, on one mission, two ace pilots are about to attack the player. Through the subsequent dialogue, the player is able to influence the fashion in which the aces are going to attack. Is it going to be a 2 vs. 1 battle? 1 vs. 1 followed by another 1 vs. 1? Or 2 vs. 1 with temporarily reduced skill of foes, which requires a bit of cunning? On another mission, the player is given a dialogue chance to fool a nearby patrol, without resorting to combat; and so on. Between the missions, the player can usually choose to proceed immediately to the next mission, or pick a specific stage dialogue option that is fequently available, to go for some leisure time and witness interesting conversations between colorful characters.

Specific scripting tools are provided for making in-game cinematics. At any moment during the mission, the mission designer can take away control from the player, fade the screen, and use a particular camera type — a “chaser” — to prepare the stage behind the curtain. There are several types of chasers (track chaser, elastic chaser, etc), each with its own advantages for scene composition. Then, there are other useful tools, like jump tool, to instantly move planes in the scene to required positions. Unfortunately, all this is very intertwined with the general way that mission scripting works, and requires basic knowledge of Python programming. It is not easy work.

Dialogs are scripted as standalone entities, that can be played out at any point during the mission. Each line of dialogue can have an event trigger, and those triggers are particularly useful for making sequences of events in an in-game cutscene. It is possible to stop an ongoing dialog at any moment, to allow the player to chose the next line. The main purpose of dialogue forks is to provide immersiveness for the player.

On the stage between campaign missions, the mission designer can arrange backgrounds of the scenes, and, through dialogues related to each, initiate appearance of characters and conversations between them.

More to be added…