A detailed manual about scripting of missions and campaigns is now available on the new page — resources. This manual will come with all future packages, and now it can be downloaded from:

The manual consists of two examples. The first relatively short one, in which the basics of scripting are covered, and which should be enough for making simple skirmish missions, and the second one, much longer and much more complex, which is about scripting of whole campaigns and usage of advanced techniques in making of a mission. These two examples combined make for one very long, but I hope intuitive, manual, and anyone who reads it and understands it, should be able to practically immediately make his own missions. Of course, under the condition of basic knowledge in Python programming.

Also, I took some time to do a major cleanup among various 3D models that I adapted and used so far in the game. The place where I kept all raw material (3D models in various formats, textures, hightmaps, sounds, etc.) was in total chaos, so I wasn’t too surprised to see that I managed to shrink ~8 gigabytes of all source files of aircraft models and textures to a mere ~370 megabytes. So, now, at the resource page also available are the individually packed source files of aircraft 3D models in format of Blender files, and all textures of those models in format of Gimp files. The same was done for vehicles and weapons, although this content that is not related to aircraft requires more work and cleaning. I also went on to contact the authors of the models I adapted, whose e-mail addresses I managed to dig up, and especially those whose models have no clear licensing, and I have to say that I was met with a warm reception. Once again, thanks to all the authors! :) Names of the original authors, as well as ways of licensing, are stored within each model archive.

That would be all for now. Regards!
Stefan Ilic <stef@sezampro.rs> 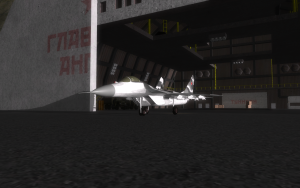 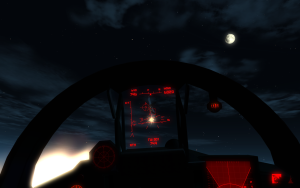 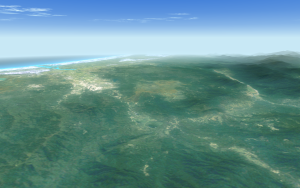 Getting started and general information

Jets and other hardware in the game

Available campaigns, and those in developement